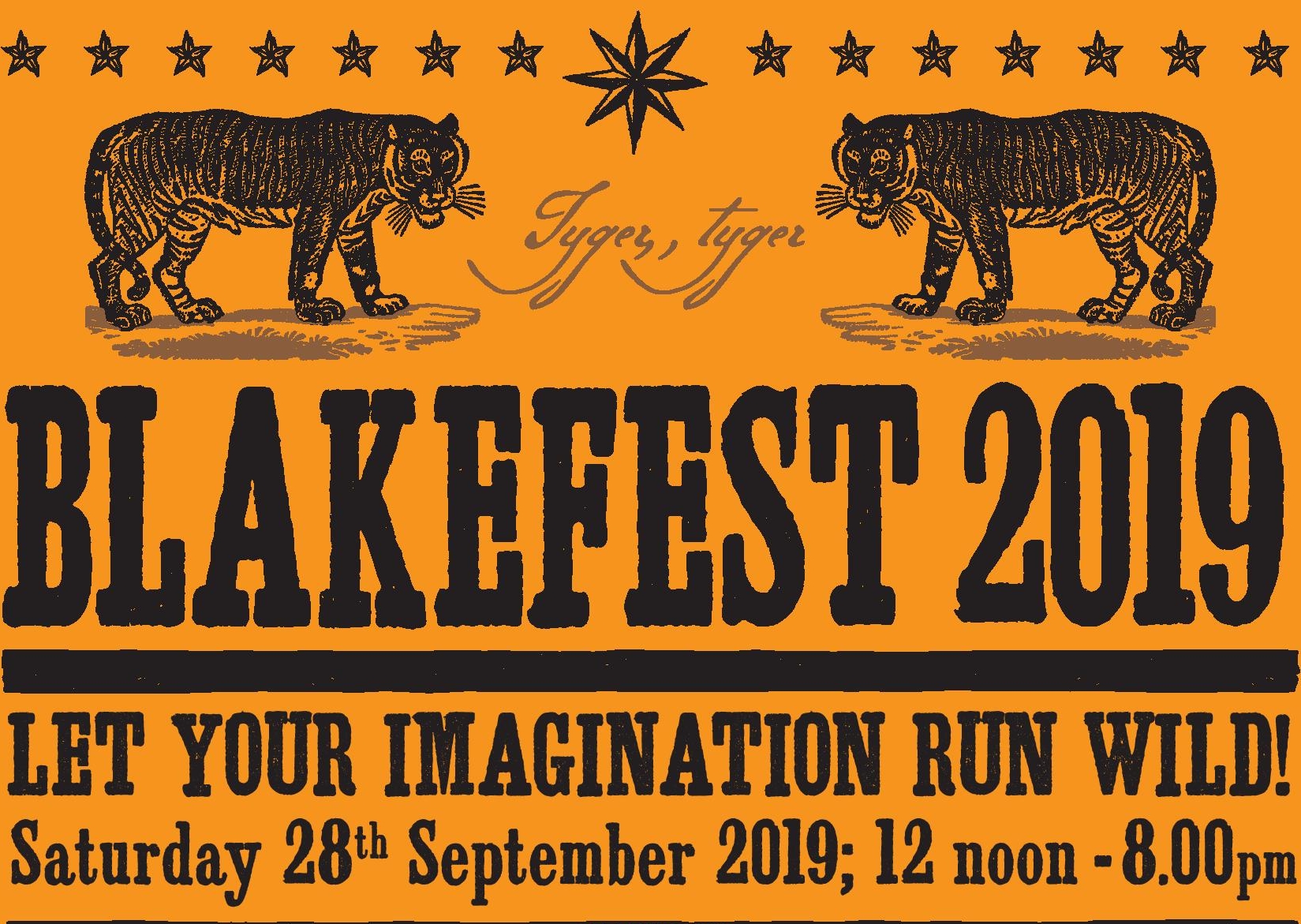 Blakefest is a unique cultural experience by-the-sea celebrating an eclectic and exciting mix of music, art and poetry, as well as offering a varied programme of talks, walks and workshops.

An eclectic mix of words and music set in the Sussex seaside town of Bognor Regis. William Blake lived in the adjoining village of Felpham from 1801-1803, where he saw visions of angels, was inspired to write Jerusalem and was placed on trial for sedition after an altercation with a soldier outside an inn. Poetry events are curated by the South Downs Poetry Festival. Music includes: Charlotte Glasson jazz trio, with legendary guitarist Chris Spedding. Many more bands and musicians lined up throughout the day.

Julie works in ceramic, bronze and found objects. Taking the forms of animals or mythic creatures, influences are from literature, music and the Gothic. “I like to tell stories. For this show I have made works that are inspired by Blake’s belief in the imagination, and his visions of fairies in his garden.” Julie’s work explores the hidden recesses of the subconscious holding both a dreamlike quality and emotional intensity. Based in London she has exhibited her widely. Last month her work was on the front cover of the International Times. 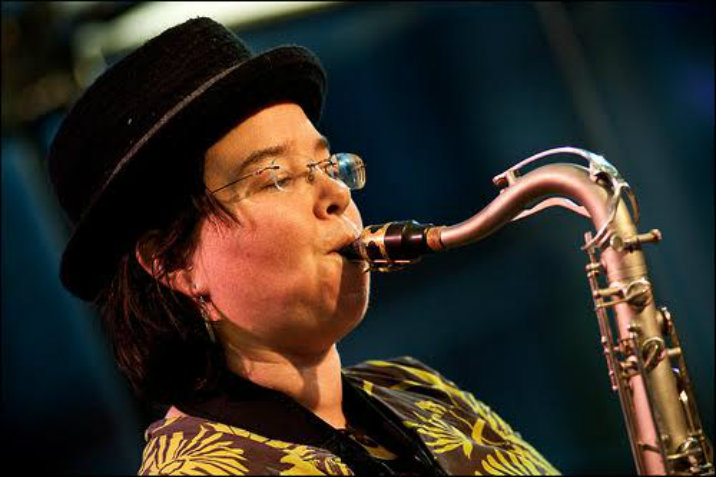 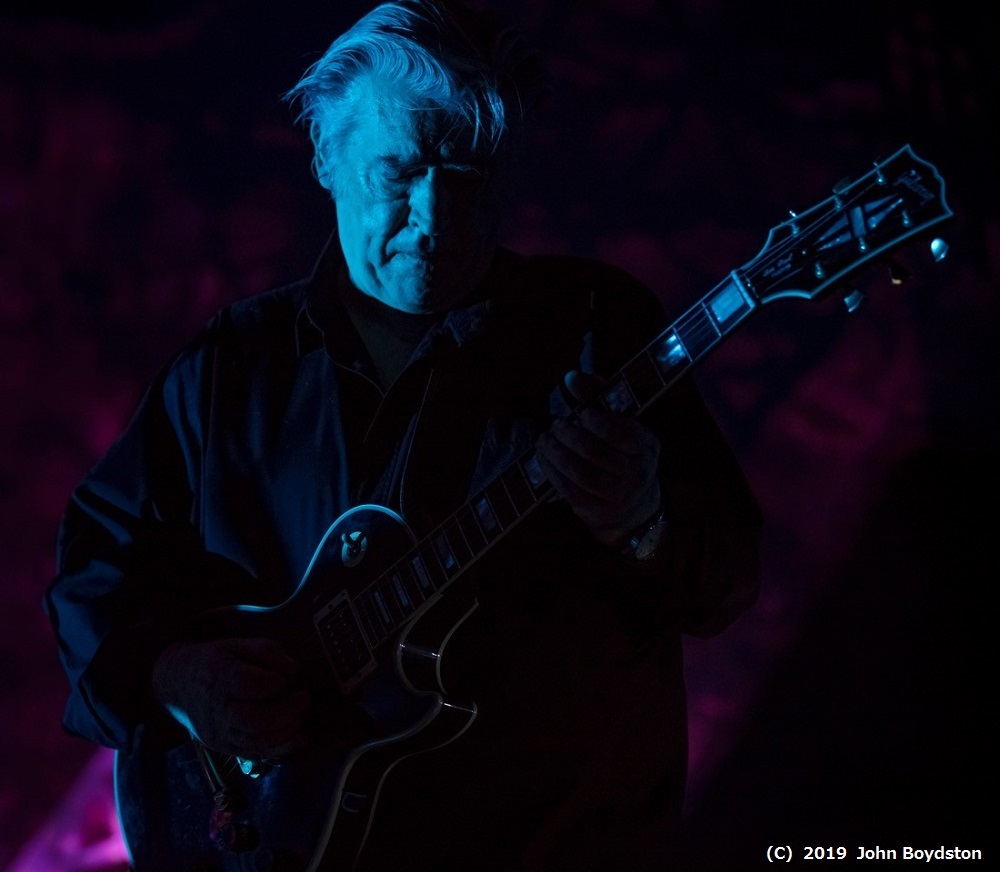 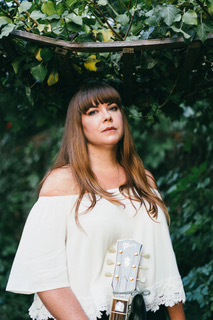 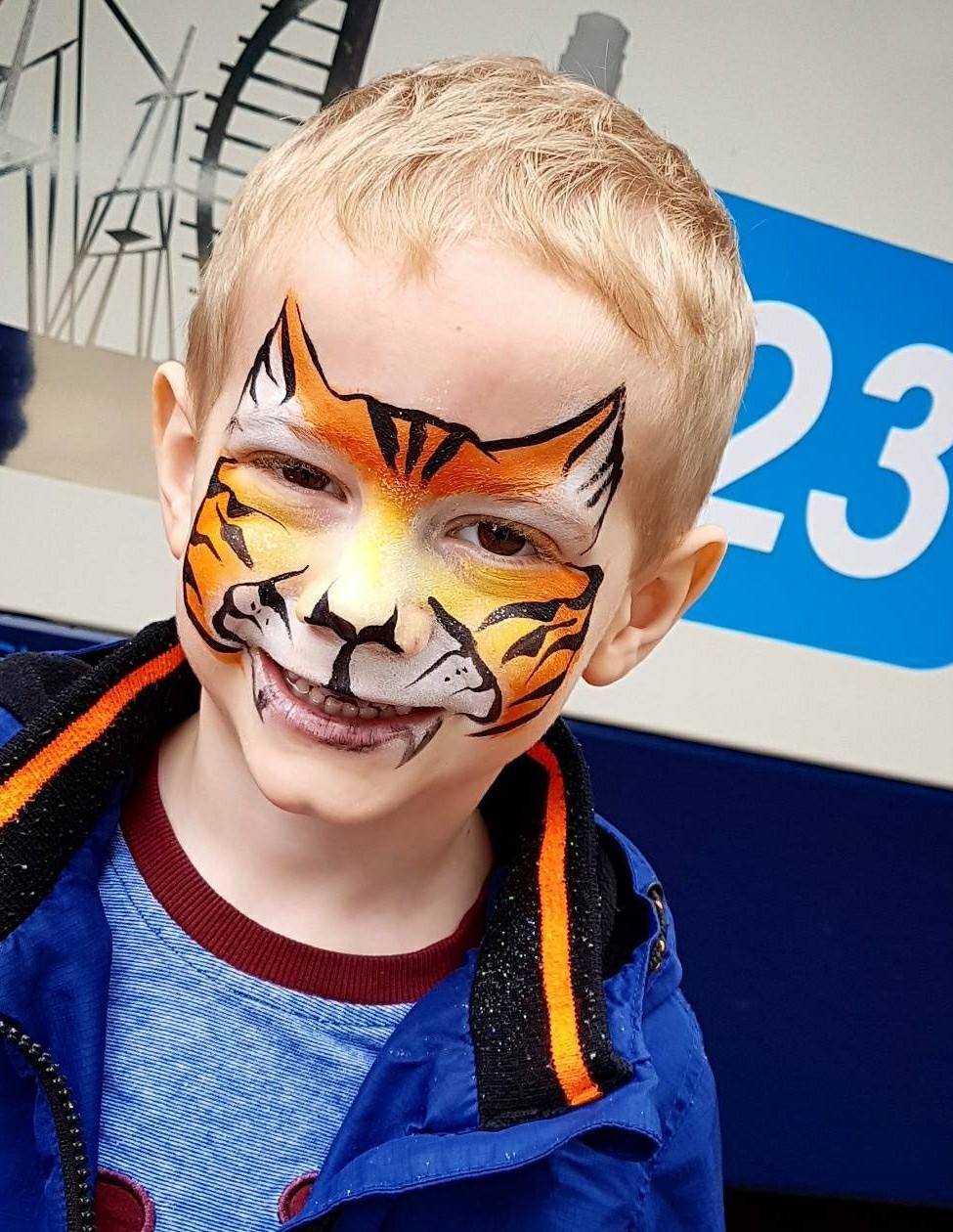 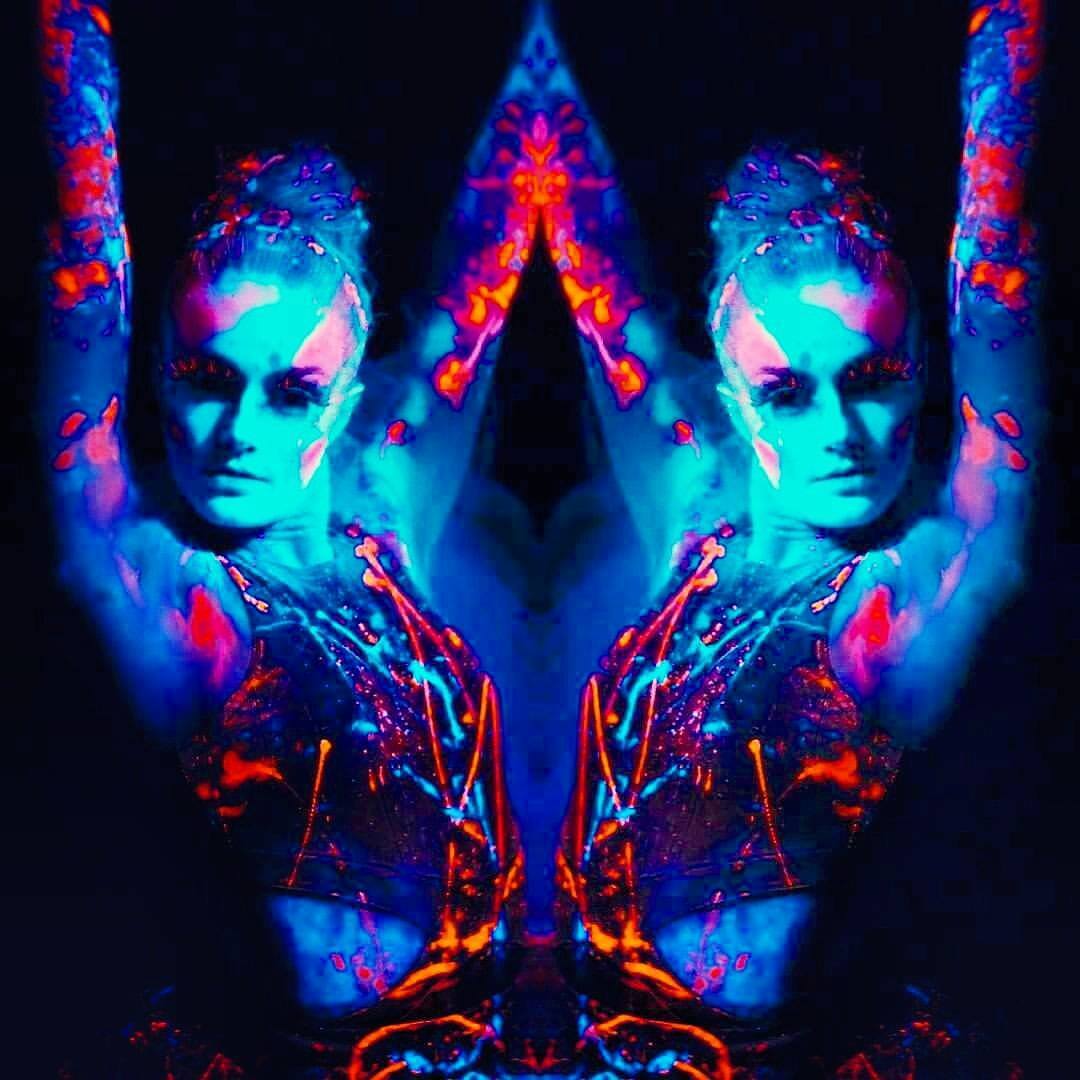 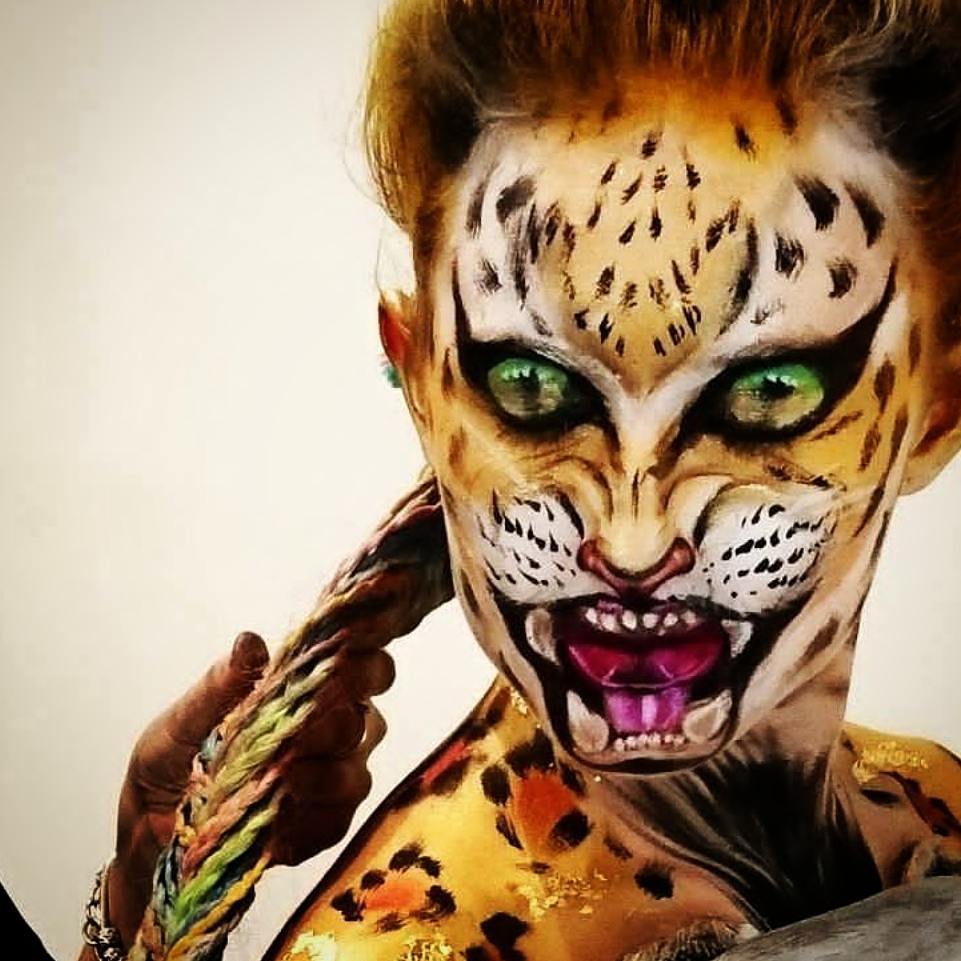 3:30pm – Lucy Kitchen
In the search for touchstones Lucy is often compared to the likes of Joni Mitchell, Beth Orton and, vocally, to Sandy Denny – ‘Lucy’s vocal tone has hints of the late Sandy Denny in it – a rare and precious thing indeed’ (bestnewbands.com), but her sound is all her own. Since her last album, Waking, Lucy has been in demand as a vocalist, working with a number of electronic music acts to write and record songs that have been championed by the likes of BBC Radio 1 and Mixmag. She’s also performed on the John Peel Stage at Glastonbury festival.

‘These are strong and striking songs, delivered with both fragility and conviction, which deserve to be heard. A gorgeous, atmospheric offering.’ – Folk Radio UK

“Lucy Kitchen has one of those real summer breeze voices, fresh and warm, and it’s very much to the fore on her second album that contains a myriad of delights. And she’s opened up her musical palette here with piano, steel pedal and strings all featured on a release in which she also brings in elements of Americana and lightly toasted psychedelia.” – The Crack Magazine

Raine Geohegan is a Romani poet currently performing at festivals with her Hedgehog Press book of Romani life poems, Apple Water: Povel Panni. Andy Brown is a Professor of Creative Writing at Exeter University with several collections poetry to his name, including The Fool and the Physician (Salt, 2012), based on the paintings of Hieronymus Bosch; Goose Music (Salt, 2008) with John Burnside; The Storm Berm (Tall Lighthouse, 2008); Fall of the Rebel Angels: Poems 1996-2006 (Salt, 2006) and five previous volumes of poetry.   He is also a novelist and editor of A Body of Work: an anthology of poetry and medical writing (Bloomsbury, 2015). Barry Smith is director of the South Downs Poetry Festival and a published poet who works with jazz and roots musicians.

6:00 pm – Charlotte Glass – Jazz Trio
Charlotte Glasson is an in-demand multi-instrumentalist who has played with the likes of Oasis, Unkle, Divine Comedy, Nick Cave, John Cooper Clarke, Foy Vance and Julian Lloyd Webber… She brings her own Jazz combo to Bognor BlakeFest at the Regis Centre on Saturday 28th September. A massively experienced performer, she includes, in her musical lineup, the legendary Chris Spedding which absolutely guarantees a high quality musical experience for anyone who attends. Apart from his hit single “Motorbikin”, Spedding’s guitar credits read like a who’s who of popular music… Paul McCartney, Jeff Wayne’s War of the Worlds, Nilsson, Jack Bruce, Alan Parsons, Roxy Music, The Wombles, Roger Daltrey to name a few. Simply put, this guitarists’ guitarist has chosen to play with Charlotte Glasson and brings an extra element to her esteemed musical talent for a not-to-be-missed performance.

8:15 pm – Sirens of Titan
Heralding the death of a distant star some 4000 years ago, Sirens of Titan sang the universe into a new period of spiritual liberation and inter galactic musical exploration. Rings of milky pop melodies and strident moons of psychedelic rock orbit around constellations of expressive joy, and improvisational tendencies. The Sirens are fronted by the mighty bardic Titan Mike Fry and joined by percussive time traveller Steve Cubitt, and the emissarys of the Hedula galaxy, Duncan Burgess and Keith Sutton.

“they blew me away…one of the best live bands I’ve seen in a long time…they really cast a spell all their own. Perfectly poised between structure and disintegration the Sirens aren’t afraid to explore new musical territory. Mike is majestic at the helm, bringing a visceral energy to proceedings and his cerebral reflections on life the universe and everything are well worth listening to!” Olivia Stevens

from 11: 30am  Art Exhibition open to the public ( Julie Goldsmith, Aldingborne Trust)

11:50am – Introduction to BlakeFest and the Art Exhibition Olivia Stevens

12:00pm – Prof Fiona Price
Blake, the French Revolution and History
History has always been important to the British, particularly when they think about politics. Blake was no exception. But his imaginative recreations were subversive. In his poem The French Revolution Blake uses allegory and allusion to challenge monarchical government and to re-imagine past and present. His poem can be read as part of the explosion of imaginative history that occurred in Britain after the French Revolution. This paper examines Blake’s tactics and compares them to those of his fellow radical, Mary Wollstonecraft.

Blake is everywhere in pop music and has infused his flavour into a radical strain of mythic and visionary songs since at least the 1960s. In this talk I’ll look at why Blake’s works might be so inspiring and hold such appeal for pop musicians. I’ll examine some examples of pop songs inspired by the Blakean muse by, among others, The Doors, Nick Cave, and Julian Cope. I’ll be showing how Blake’s rebellious spirit informs not just the content of the songs, but the songwriters’ approach to Blake himself.

1:00pm Dr Luke Walker
William Blake and British Counterculture: Poetry, Politics and the Children of Albion
William Blake re-emerged one hundred and fifty years after his death to become a presiding spirit of the transatlantic counterculture. His poetic and spiritual influence was central to the ‘new vision’ of the American Beats, but Blake was also an important part of British counterculture and radical politics in the 1960s and 1970s. This talk explores Blake’s influence on the poets featured in the 1969 anthology Children of Albion: Poetry of the Underground in Britain, and shows how this can be linked to the New Left politics and radical social movements of Britain in the period.