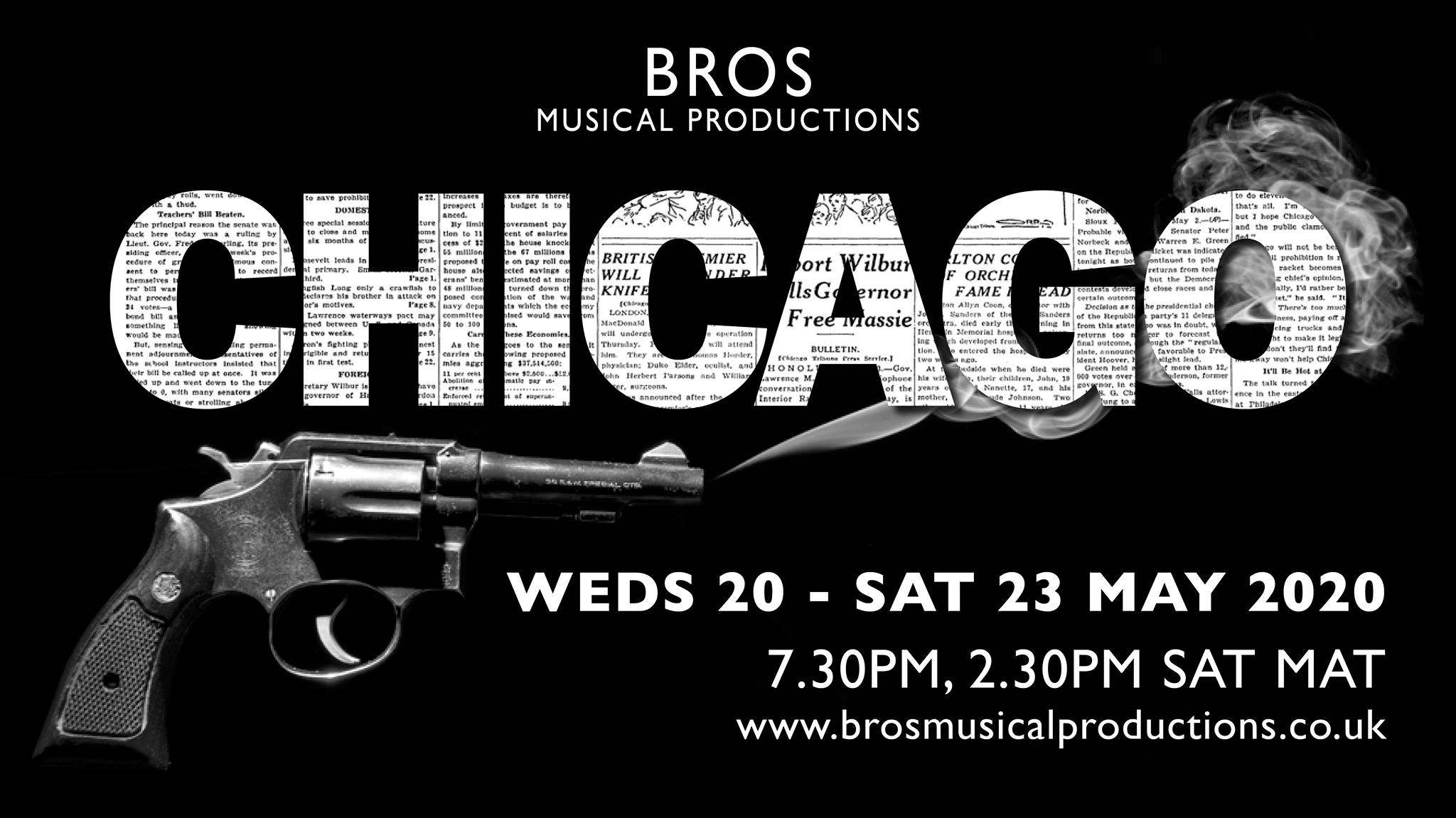 Wednesday 20th May - Saturday 23rd May

by  Fred Ebb, Bob Fosse, John Kander, Maurine Dallas Watkins An amateur production by arrangement with Samuel French BROS Musical Productions present the sexiest, sassiest, longest running and most sophisticated Broadway musical in history. Chicago is a razzle dazzling and satirical look at fame, criminal justice, corruption and all that jazz! Set in the legendary city during the roaring jazz hot 20s, and based on real-life murders and trials, Chicago follows Roxie Hart, a wannabe vaudevillian star who murders her lover and is arrested, despite her attempts to convince her pushover husband, Amos, to lie for her. In the Cook County Jail, Roxie meets her hero, the famed double-murderess and nightclub performer Velma Kelly. When both acquire the same lawyer, the greedy and lustful superstar, Billy Flynn, tensions come to a head as they vie for the spotlight, both desperate for showbiz and to become the biggest celebrity criminal. This dazzling Tony, Grammy, Olivier and Academy Award Winning musical continues to play to sold out audiences worldwide, and is Broadway’s longest running musical in history. Featuring a sizzling score with the show stopping songs Razzle Dazzle, Cell Block Tango, All That Jazz and many more.