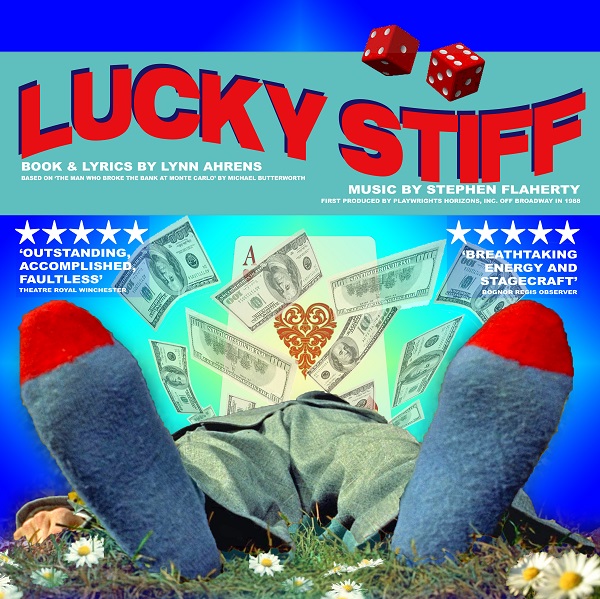 Based on the novel The Man Who Broke the Bank at Monte Carlo expect an offbeat, laugh out loud experience complete with mistaken identities, six million bucks in diamonds and a mobile corpse!

The story revolves around an unassuming English shoe salesman who is forced to take the embalmed body of his recently murdered uncle on vacation to glitzy Monte Carlo. Should he succeed in passing his uncle off as alive, Harry Witherspoon stands to inherit $6,000,000. If not, the money goes to the Universal Dog Home of Brooklyn… or else his uncle’s gun-toting ex!

Featuring a high energy, tuneful Flaherty and Ahrens score, Lucky Stiff has delighted audiences all over the world.

The production features a West End professional live band and some of the freshest, glorious voices, dancers and actors on stage from the next generation of musical theatre performers, doing justice to all the hits, the exuberant, dance numbers and the delightful comedy.