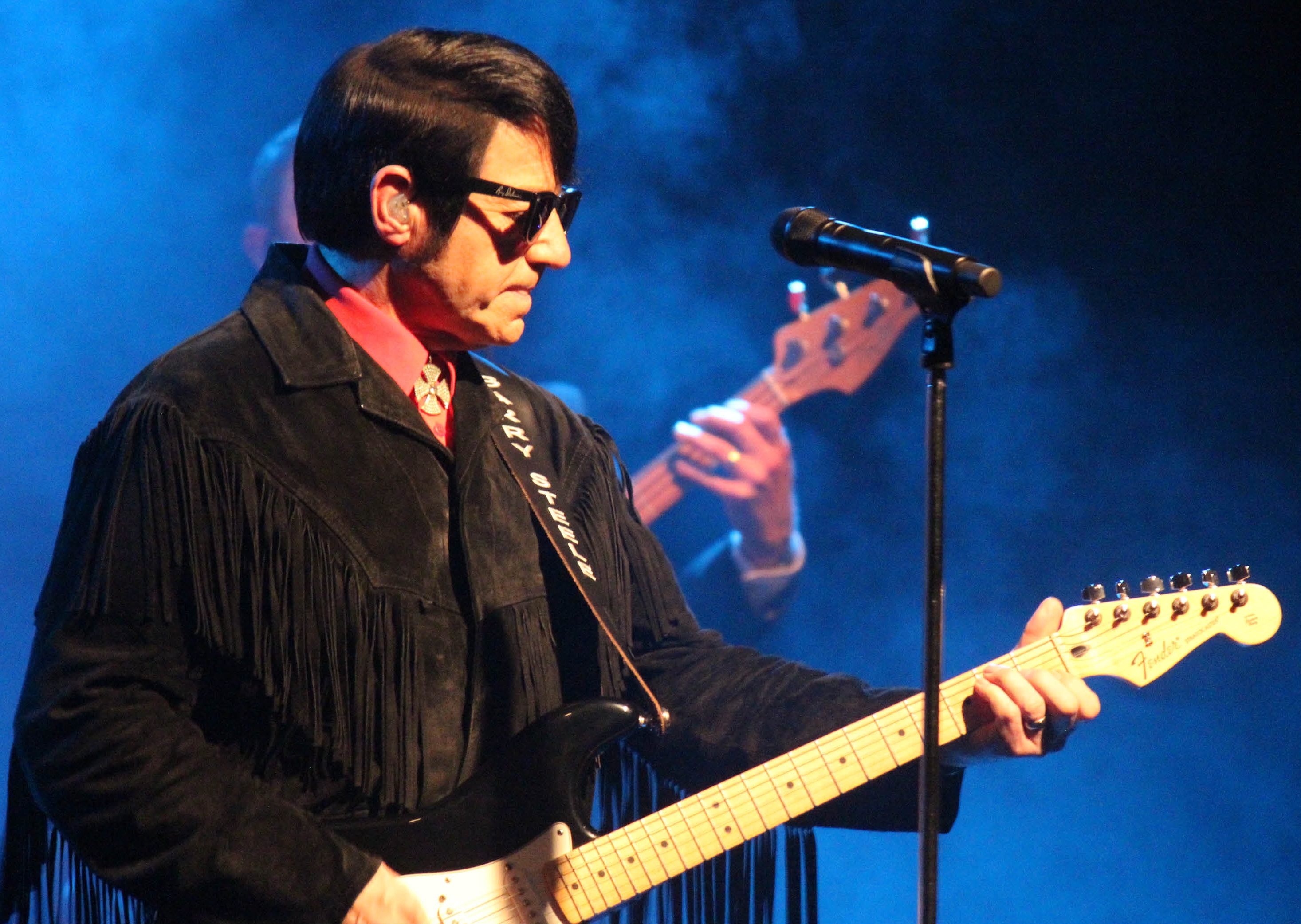 The one and only  Barry Steele is set to put the rock back into ‘The Big O’ as he takes to the stage to commemorate this legend in the West End production ‘The Roy Orbison Story’.  Get ready for an upbeat night of solid gold hits and contemporary genius as Barry Steele and a fabulous cast of musicians and singers, celebrate the late 80s when The Big O was on the cusp of a phenomenal return to super stardom.

Barry is joined on stage a five-piece band and sensational guest pianist Boogie Williams as the production present original material written but never sung by Roy Orbison and showcase elements of the symphonic orchestration first heard on the recently released Albums.

This top-class production also features chart busting hits originally performed by  Roy Orbison’s friends and culminates in a stunningly brilliant accolade as the whole cast comes together to pay homage to the original super group ‘The Traveling Wilburys.’

With a feelgood factor built in, this show really does have something for everyone!

Barry Steele has been stunning audiences with his uncanny ability to recreate the vocal talents of the legendary Roy Orbison, winning rave reviews across the globe. His vocal talents are quite simply ‘True Identikit Brilliance.’